I’m thrilled to share with you all the release of Steven Montano’s new book, The Witch’s Eye. Although I’m slow and still reading book four of his series, Crown of Ash, I’m looking forward to digging my teeth into this one in due time. Anyway, here’s a look at the stunning cover and the book blurb to whet your appetite.

If you’re new to the series, now’s a perfect time to give it a try, as Steven has the first book, Blood Skies, FREE on Amazon. 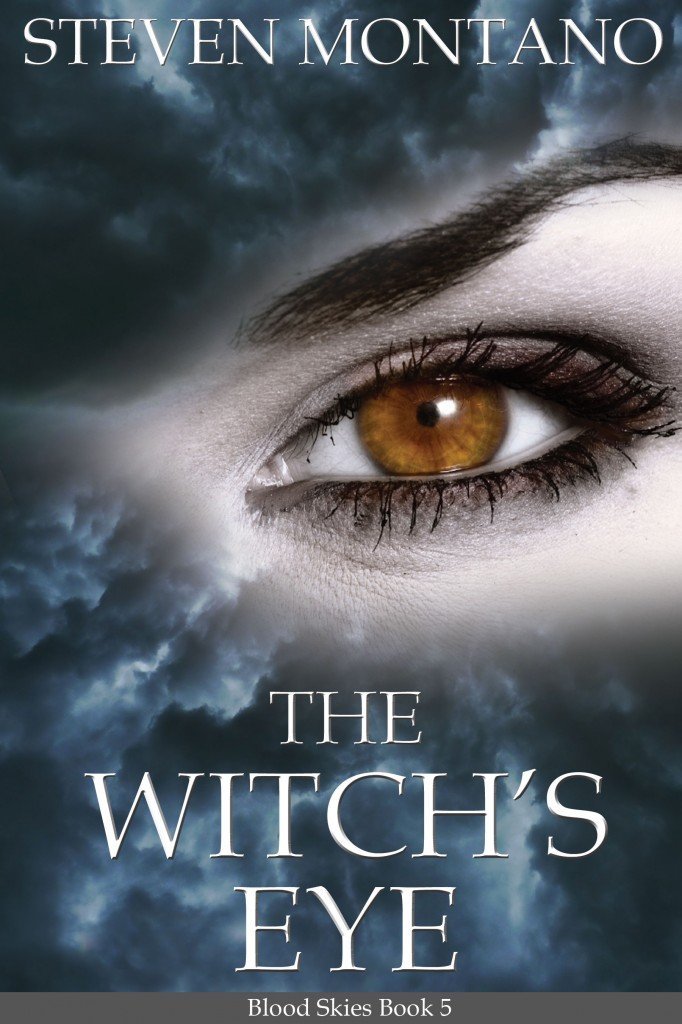 The Witch's Eye - Book 5 in the Blood Skies Series

A new evil is born.

The Ebon Cities have created a deadly new breed of undead called the Witchborn, whose very existence spells doom for the entire continent.

To make matters worse, a nihilist cult called the Black Circle has learned of the Witch’s Eye, the source of the Witchborn virus and an item capable of opening a portal to The Black.

Eric Cross’s scattered and war-weary team must find the Eye before it’s too late.  With the aid of some unlikely allies, the mercenaries will fight their way across the wastelands and challenge the horrors at the edge of oblivion.

And before the battle is won Cross and his team will make the ultimate sacrifice, and face one of their own…

Return to the world After The Black in Book 5 of the BLOOD SKIES saga!